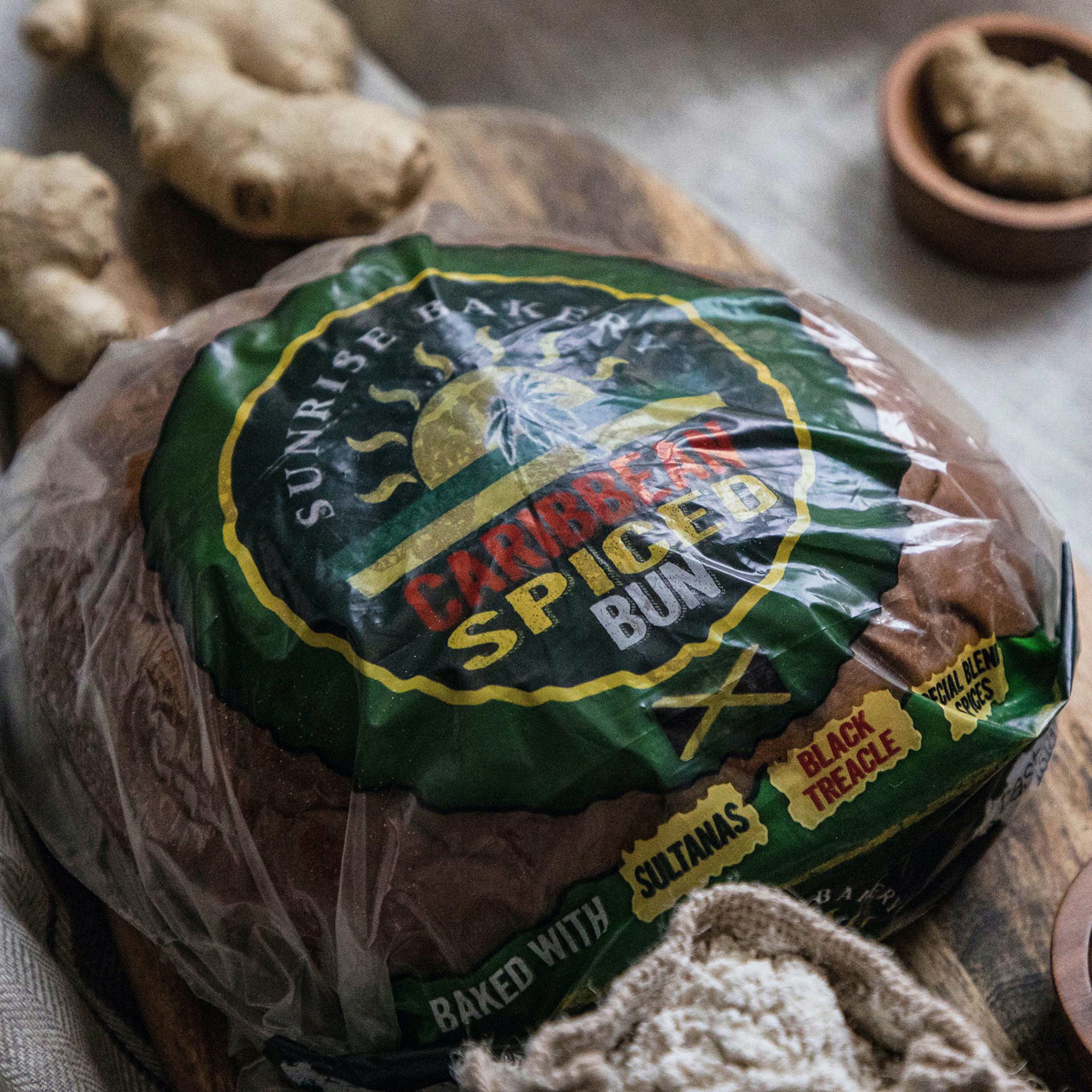 What is Caribbean Spiced Bun?

Posted on 7th August 2020 at 13:45
The famous Caribbean Spiced Bun is a favourite snack in Jamaica and traditionally eaten with cheese. Eating 'Bun and Cheese' was originally a British tradition in the 1600 and 1700s. In the UK, small, round and slightly sweet buns, called hot cross buns, were made with a cross cut into the tops. Sale and consumption of the buns were supposedly forbidden in England, except during specific times, one of which was Good Friday. The cross came to symbolise the crucifixion of Jesus. The Hot Cross Buns nursery rhyme was thought to be used by pedlars announcing their selling of the treats. Many Jamaican's grew up singing this nursery rhyme:
Hot cross buns!, Hot cross buns!
One a penny, two a penny, Hot cross buns!
If you have no daughters, Give them to your sons.
One a penny two a penny, Hot cross buns!
The nursery rhyme and the buns made their way to Jamaica via the British, who carried their traditions with them when they colonised the island in the mid-1600s. Over time, Jamaicans of course, put their spin on the custom. Variations of the hot cross bun were made, with the same tradition of eating it during Easter.
Eventually, like with many other baked staple goods, Jamaicans added cheese into the mix and began the tradition of a bun and cheese sandwich. Spiced buns are made with dried fruit and mixed spices.
Although bun and cheese is sold all year long, there is a spike in sales during Easter because of the tradition. Whether home or abroad, if you visit any Jamaican’s home during Easter, it is very likely that you will find bun and cheese.
Tagged as: Bun & Cheese, Caribbean Fruit Bun, Fruit Bun, Jamaican Spiced Bun, Spiced Bun, Sunrise Bakery
Share this post: