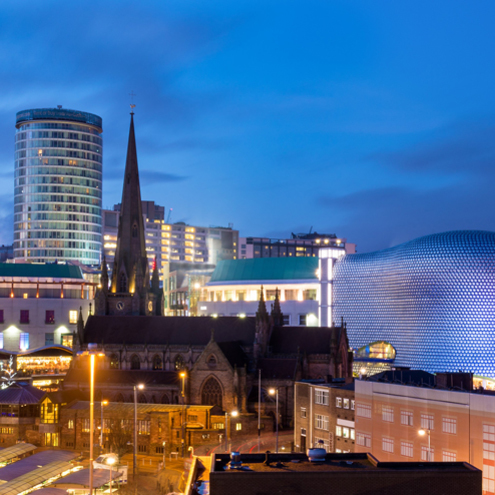 Posted on 10th August 2020 at 13:24
Sunrise Bakery is referenced in ‘The Journal of Urban and Regional Research’ in an article titled: ‘The ‘Global’ in the City Economy: Multicultural Economic Development in Birmingham’, by Cheryl McEwan, Jane Pollard and Nick Henry.
This article explores Birmingham, the UK’s second-largest metropole, as a ‘global’ city by highlighting forms of economic globalisation that draw on the city’s residents, their histories and their social and cultural networks, arguing that “diversity is recognised as a strength and indeed, as a route to economic development”. It uses the example of Birmingham’s growing and successful food manufacturing industry to highlight the transnational linkages which have helped to establish Birmingham as ‘a world-class centre of excellence for ethnic food production’, (Paul Spooner, Director of Economic Development, Birmingham Voice , 2000:3).
Sunrise Bakery, in Smethwick, Birmingham is referenced as an example of a successful, family-run, West Indian, food processing and manufacturing enterprise. Sunrise Bakery has supplied customers in the Midlands, the North, Greater London and the South East since the 1970s.
The authors argue that the ethnic food industry is also characterised by high levels of innovation. In addition, as the example of Sunrise Bakery demonstrates, expansion of manufacturing to supply British supermarkets with Caribbean food, is likely to pave the way for an increased demand for ethnic food more broadly. This will increase the opportunity for ethnic food manufacturers in Birmingham to export internationally. Ethnic food manufacturers are also likely to have competitive advantage as they make use of transnational and local trade links, overcoming barriers to trade by building on relationships based on a combination of family, ethnic and other business ties.
The article summarises: “Cities such as Birmingham would beneﬁt from embracing more fully the notion of multicultural economic development. This is about recognising the cultural diversity of economic activity in policy terms and encouraging it in the expectation that such diversity brings with it a broadening of the economic base. To this end, Birmingham has a rich and distinctive cultural base upon which to draw… and our research into examples of economic transnationalism within the city reveals how diversity might be mobilized as a source of both social cohesion and urban economic competitiveness”.
To read about Sunrise Bakery’s history click HERE!
To find Sunrise Bakery products near you click HERE!
Tagged as: Birmingham, Success in Diversity, Sunrise Bakery, West Indian Business
Share this post: